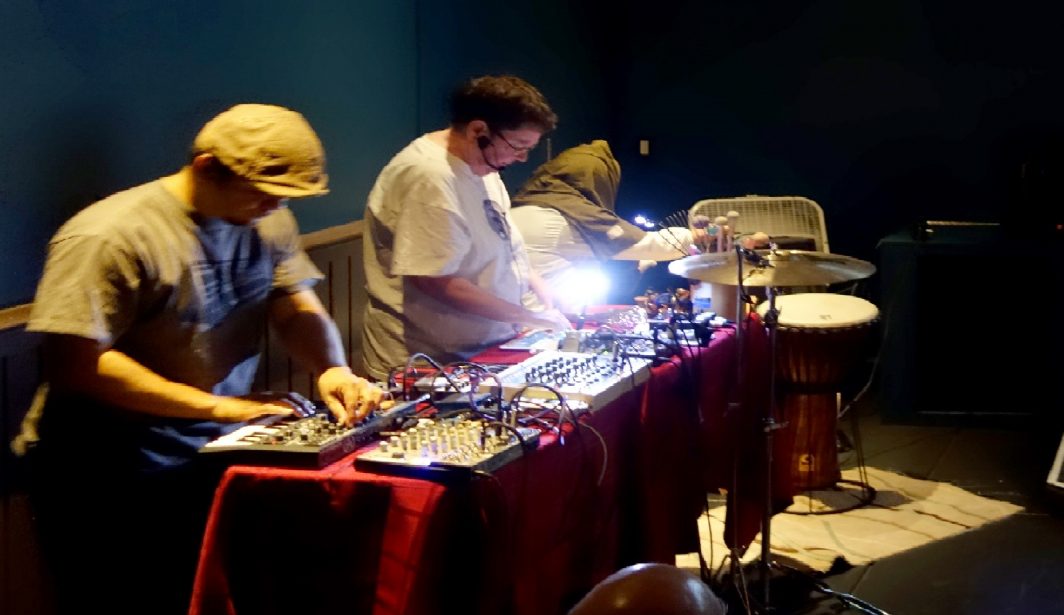 There were 5 bands, playing about 20 minutes each. I put all the videos on my blog (click below). I really liked the variety – Together (from NYC), the first group, had 4-5 players with dancers/movement, electronics, spoken word, sax, other instruments. DemonSleeper (Andrea Buschman) played various electronic devices. Slusser played a wind instrument that looked like a clarinet and electronics. Ear Spray played fourth. Liver Cancer (reunited), the last group, is a popular harsh noise group that had an encore.

After almost a year of working on videos, Ear Spray finally performed with my live videos!! It was part of a series called Godwaffle Noise Pancakes, which is usually from noon to 2pm in San Francisco, typically at a art exhibit space called the Lab in the Mission district. We had performed several times at the Lab at Godwaffle and other series.

This time Godwaffle was at Life Changing Ministry in Oakland, in a former church. It had not been held in Oakland for about 3 years. I really liked the Oakland location as it is close to Alameda, where I live. Reportedly, it had not been a church for many years but still had a church-like entrance and had been rented to tenants as a house. Over the past few years, experimental musicans, especially of the noise variety, have been scheduling events there. There is lots of equipment, including a pull down screen, which worked great for my videos.

More info on the groups, with links, is below.

All the acts except Together were recorded by Kevin Hobbs, an excellent videographer.

Together (1 minute) recorded by brutalsfx

David Slusser’s work history ranges from collaborations with John Zorn to music editing for Francis Ford Coppola and George Lucas, and co-composing with David Lynch. Delight… demonstrates why — Slusser has a sense of cinematic composition and sound collage that is simply amazing. “Kubrick” is a wide-screen tone-poem that (like all of Slusser’s work) goes beyond any sense of “experimentalism” into something concrete and fully realized, while “Dragon” accompanies the sound of the Chinese language with cymbals, bells, and bowed metallic objects to create sounds that capture the entire image and sense of the dragon in eastern mythology. Other tracks assemble resonances and decays of piano tones into concrete compositions that are as beautiful as they are simply fascinating. An excellent collection that makes your average “experimentalist” seem completely misguided.

Here’s the link to the facebook event page https://www.facebook.com/events/637085793016780/?ref_dashboard_filter=calendar 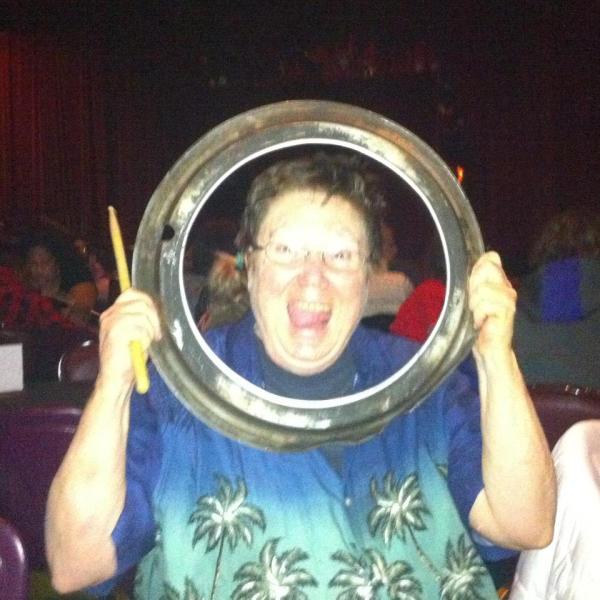 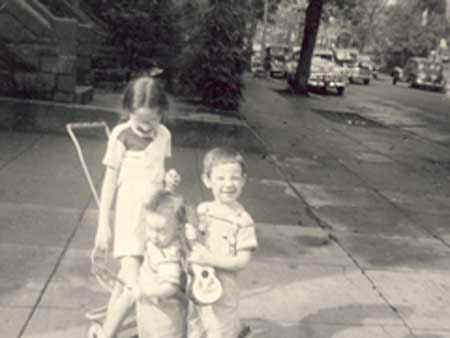 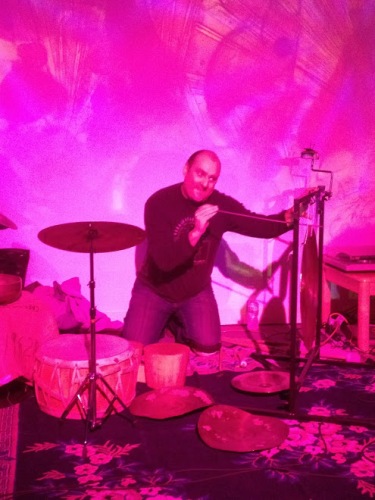 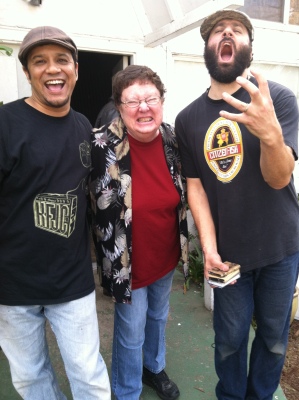